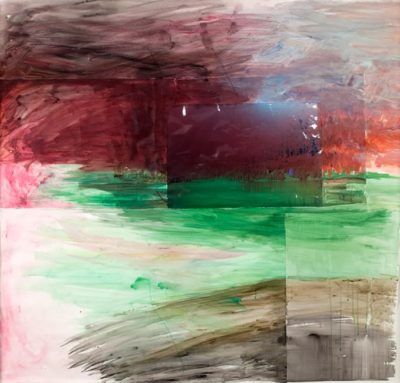 Collage can be a great starting point for a painting.  This technique was used early on by Modern artists like Picasso and Braque, and advanced by Dada and Surrealist artists.  Collage has continued to be a major artistic medium, remaining popular with young contemporary artists and established artists alike.

We did a project in the Fall Painting Workshop inspired by the painting-collages of contemporary German artist Amelie von Wulffen.  She has developed a technique where she starts with a photograph and then extends the photograph as a painting. It is as if the “real” world within the photograph is merging with the invented world within a painting.  Sometimes she also merges two different photographs, making them appear connected through the painted section between the photos.

Von Wulffen often uses architectural photographs as a starting point.  The technical advantage here is that she can extend the perspective lines within the photo into the painting, to create a consistent illusionistic space.

Can you tell where the photo ends and the painting starts?

Here are a couple examples examples from another artist, William Wegman, using a similar technique. Only this time, Wegman is using vintage postcards instead of architectural photographs.  But you can still see how the use of perspective is very important in creating a continuous image.

We tried out this technique in the Fall Painting Workshop.  Here are some of the results! 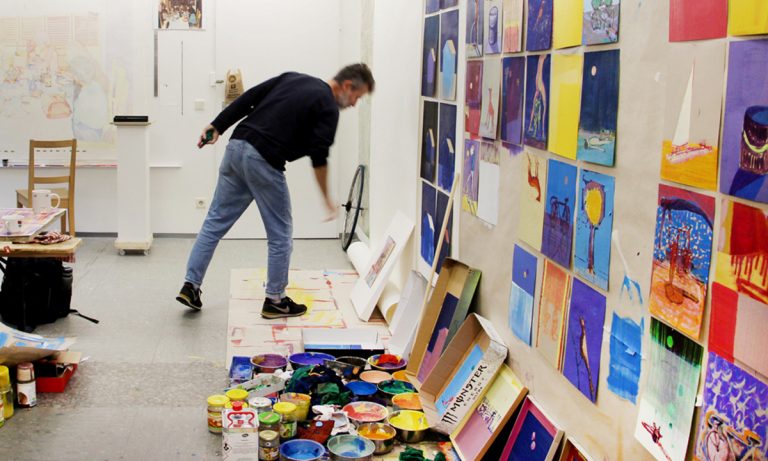 A testimonial from a reluctant online student: The class hours flew by so quickly and the experience gave me the momentum to dig out my desk making it usable again and not merely the repository for every random paper that enters my apartment. In short, the class is giving me motivation to rejoin the world outside my kitchen!

The exhibition at Berlinische Galerie displays a special selection of more than 175 paper-based works portraying the city of Berlin from 1945 to today. by Heidy Weingartner The Berlin Drawing…